Three Mobile has said that a further 76,373 customers may have had their personal details compromised in the data breach revealed by the Telegraph last year.

The new total number of customers affected by the cyber criminals attack is approximately 210,200. That’s up over 50 per cent on the initial estimates.

The cyber criminals managed to gain access to the upgrade database in Three’s computer system, which allowed them access to the names, phone numbers, addresses, dates of births, payment method and some email addresses of hundreds of thousands of customers.

Hackers allegedly gained access to Three’s data base by using stolen log in details from Three employees. They even managed to trick the system into sending high-end mobile phones to an address that the tricksters could intercept them.

Did you get notified?

Three Mobile came under fire for failing to notify their customers about the breach in a timely manner. More customers may have been affected by the data breach, admits Three.

“We have continued to work closely with law enforcement to support the ongoing investigation. During the course of the investigation, additional files were recovered as part of the same activity which we have analysed,” said Three.

It has been said that the hackers didn’t have access to financial details and passwords, the network informed customers that details the fraudsters gained access to could still be used for fraudulent activity.

“We ask customers to be cautious about anyone contacting them,” it said. “As always, customers should never give out any banking information.”

Three Mobile advised concerned customers to call 333 on a Three mobile phone. Or call 0333 338 1001 for more information about the breach.

Do you know someone on Three Mobile network? Share this article to let them know. 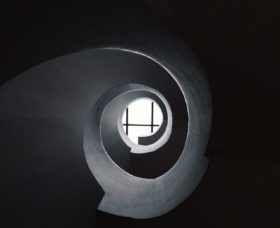